Impacts of COVID-19 on education in Uganda

The longest school lockdown in the world has had a dramatic impact on Uganda’s school system. But the Bukedea schools offer a glimmer of hope. On 10 January 2022, Uganda’s government reopened the country’s schools after 83 weeks of keeping them closed due to Covid-19 – making it the longest school lockdown in the world. Was a shutdown really necessary? Did it have to be so long? Opinions are divided. What is clear is that the shutdown has had a huge impact on the education system, the teachers and above all, on the children.

The closure after March 2020 meant that the country’s 15 million schoolchildren collectively lost about 2.9 billion hours of learning time every month, UNICEF Uganda estimates. Children have fallen behind in what they are expected to learn, and many will have forgotten lessons they had already covered. There is a lot of catching up to do.

The government provided alternatives to schools via radio, television and the internet. Some schools offered online classes. But without electricity or computers, families in poor communities and rural areas could not take advantage of these alternatives, so were particularly hard-hit. Many parents were not in a position to help their children learn.

Only around 10% of primary and secondary school children in Uganda accessed some form of alternative schooling during the shutdown.

“When schools close, children are at risk with marginalised ones paying a heavier price. Evidence shows that the children’s numeracy and literacy levels fall with many facing the risk of never attending school again. There are other risks such as child labour, negative mental health, and sexual exploitation with many teenage girls becoming pregnant and being victims of early marriages.” Schools do not just provide teaching. They also give children and adolescents a safe, structured environment, a place to meet friends, and at least one good meal a day. No school means none of these benefits. The shutdown exposed some children to a greater risk of child abuse, domestic violence and mental stress.

Girls are especially at risk

Girls and young women are especially at risk. If they are not in school, they may be forced into marriage, exploited sexually, or may have to take up prostitution to earn money. If they become pregnant, they may drop out of school. That has consequences not only for the individuals, but also threatens years of progress towards equal opportunities for girls and women in education in Uganda.

A Uganda National Household Survey study from 2019/20 shows that the proportion of households living below the national poverty line has nationwide increased over the last years during the Covid-19 pandemic. The Ministry of Education has instructed schools not to increase their fees. But loss of livelihood, wage cuts and unemployment make it impossible for many families to pay the fees.

Local media report that rising poverty has forced many parents to send their children out to work or to marry them off at a young age. The Household Survey found that the incidence of child labour increased from 21 to 36% between January 2019 and July 2020. UNICEF Uganda worries that many children will never go back to school. Some media outlets say that only a third of the children in some districts attended classes in the first few days after the schools reopened.

Even before the pandemic, the education system was in urgent need of repair. The pandemic has made things worse. Many teachers have had to find other jobs, and many private schools have gone bankrupt.

The National Planning Authority says that 3.507 elementary and 832 high schools nationwide may not reopen. While the state has continued to pay the salaries of teachers in government schools, teachers of private schools were left empty-handed and with no other choice than to earn their living elsewhere. However, private schools and private teachers have consistently been the backbone of the school system. Their absence is a big challenge. Government-run schools alone have not been able to meet the demand, especially in rural areas, and the quality of education they offer is significantly worse.

Bukedea was not spared from the shutdown. Between 10 and 20% of the students have not yet returned to school. But the GlocalLifelearn programme has been fortunate: only two of the 62 students we support have dropped out. One student is on maternity leave and will return when her child is a little older. Three other students have switched to vocational training. After the difficult times of the pandemic, these young men and women want to earn money as quickly as possible.

Unlike many other private schools, the Bukedea schools have managed to stay alive. Although many teachers have left, the school has rehired some of them, and has been able to hire new staff.

The Bukedea schools are trying to help the students return to school by supporting them to make up for lost time. The government directed that children be automatically promoted to the next class. The Bukedea school offers extra lessons to help them catch up with the classwork they have missed. The classes take place before and after the regular school day. That may cause problems for children who have to travel a long way to school. To avoid having children having to walk a long distance early in the morning or late in the evening, or even having to skip school completely, the Bukedea school wants to create more boarding places.To avoid imposing an extra burden on families, the schools have decided not to raise their fees. Despite this, many families face financial problems and find it hard to pay their fees.

Glocal LifeLearn will do what it can. We are very grateful for any support you can offer. 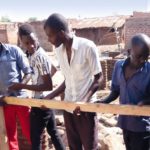 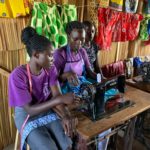 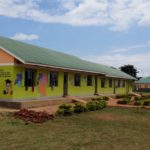 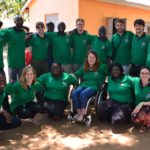 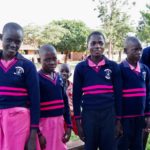 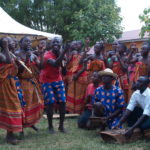